This morning, we had to leave earlier than usual because I had to drop Andreas off at the train station. Nicka and Oliver did not want to go into daycare so we stayed on the playground until the bell rang. It was lucky for Nicka that some of his friends were also early and he got to play ball with them. Oliver, having friends that usually arrive later because of the bus, was bored. For entertainment, I joked that he should pick up some of the 5 million earth worms that were on the ground (it had rained last night). Apparently, that was the BEST suggestion ever because he made a pretty good attempt at picking up every one of the 5 million earth worms and delivering them to the grassy area.

PS: sorry, about the lack of inspiration in my blog posts lately... Hmmm... come to think of it, sorry about the lack of blog posts period ;) I am in grading land... and totally swamped. Happily, I can see the light at the end of the tunnel... just wish it was closer ;) 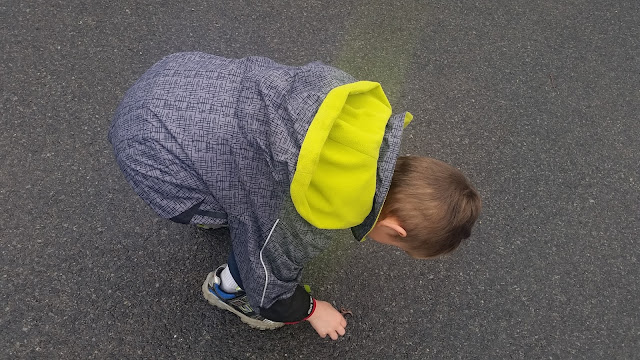 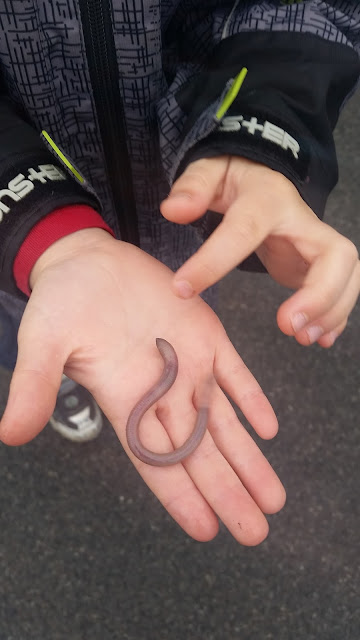 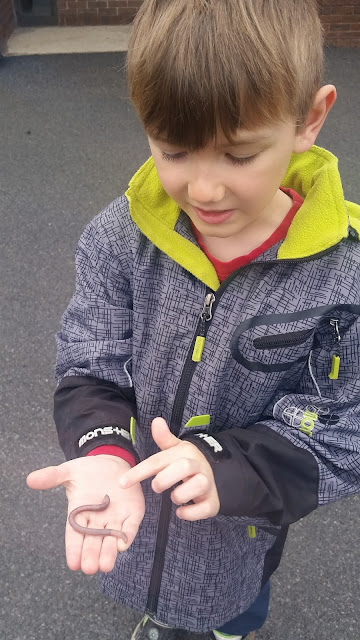