In the town where my inlaws live, they have a soccer (I mean, football) team (a real one.. with scores that are announced on the radio and in the newspaper... and that people really care about.... and keep stats about...... and you can buy their team shirt.... and chant their team song.... and they do.... loudly... see here). So, twice this summer (the most recently was last night), we- minus Oliver who decided to play with his cousin instead- went to see the team play and had a really great time. The "stadium" where they play allows you to sit really close to the players... so close that it almost feels like you are on the field with them. Sweden is also so civilized that they serve good coffee and cinnamon buns during the games ;) AND there are next to no line ups for the foods or, importantly, the bathrooms AND it is an open field so you get to enjoy the late afternoon sun... when the weather decides to co-operate! Since where the games are played is in the same small town as where my inlaws live, we even get to walk up to the field (bonus for being able to burn off the cinnamon buns on the way home 😉 ). LSK! LSK! 😉

Wishing you all a happy Sunday! xox 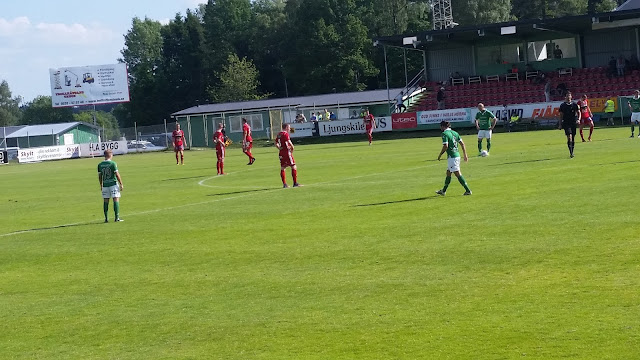